Blog
Home » Blog » Knowledge Center » How much does a DAS system cost?

How much does a DAS system cost?

I recently had a discussion with our DAS (Distributed Antenna Systems) business manager. The following post is excerpts of our conversation. Our conversation revolves around the requirement for Emergency Responder Radio Coverage in buildings (International Fire Code ICC Section 510) and National Fire Protection Association (NFPA 72).  DAS systems along with signal boosters are used to provide first responder/public safety radio coverage in buildings and other structures. 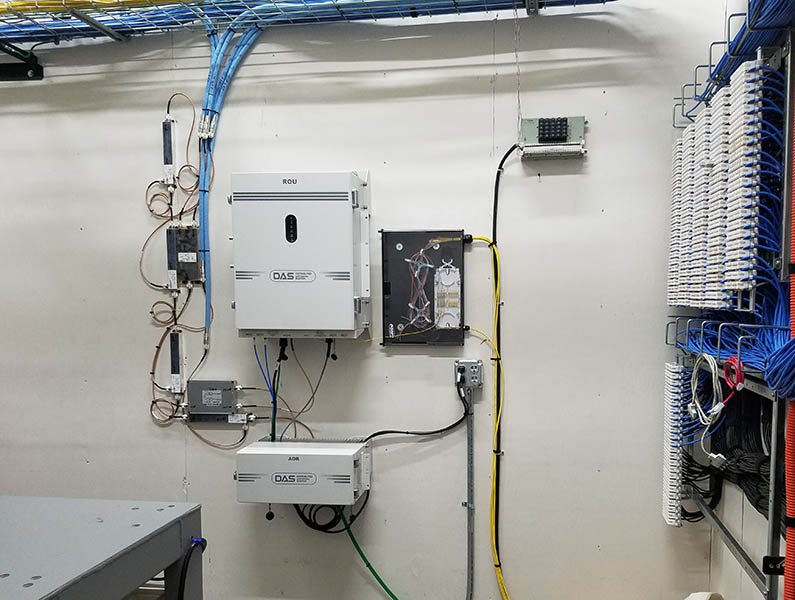 How much does a DAS cost? What are the things to consider when pricing out a DAS system?

DAS (Distributed Antenna System) costs depend on a few different things. The first thing is the frequency range whether it is VHF, UHF, or 700-800 MHz public safety. Cost is going to vary based on the frequency; 700-800 frequencies are usually the easiest to do therefore it is usually the least expensive. VHF/UHF is more complex and it’s going to raise the cost. And if you need cellular frequencies obviously that’s also going to raise the cost. It’ll rise significantly if you need to get the 4 carriers involved.

What about the building type? Do you see different complexities in say, condos vs a hospital?

There are a lot of variances with buildings. That’s definitely another factor that determines price. If you are dealing with a wood structure with regular windows (non-low-E) you might not need a DAS because the radio signal can penetrate very easily. But if you have concrete or steel or brick along with low-e windows it’s basically shielding the inside from the building from ever receiving radio signal. So you are definitely going to need a system for that. If you have underground parking in a structure you are definitely going to need a system.

What would be the first step for someone interested in learning more about DAS?

If you don’t know what you need the first part of it is calling an integrator and seeing whether you need a system or not. That test is going to decide everything. A lot of times we’ll be able to tell you right upfront if there’s underground parking, there’s not going to be any coverage down there. That’s a guaranteed system that is needed. Or we would come out and do some testing to see exactly where you would need a system and we would design accordingly. So the first thing would be to contact an integrator and figure out what to look for and we can basically do a design and put you in a spot where you are not worrying about putting a system in at the last moment because that will raises cost as well.

A big thing we run into often with construction companies is that they’ll wait until the last minute to do a DAS system because they think they won’t need it, or it won’t be enforced by the AHJ. And then it’ll be the day before occupancy and the fire marshal will say “Where’s your DAS?” and then you’ll be in trouble. If you end up doing that and running that risk, that’s a costly risk because in most cases you’ll need cat & cable pathways and a lot of times you have hard lid ceiling it’s not an easy thing to do once the ceilings are up. It’s better to put these systems in while planning for them up front than to ignore it and hope it goes away, and then pay for it in the end because the install costs are dramatically more if you have to cut through hard lid ceiling as opposed to putting it in before the ceilings go up.

Typically if you are looking at DAS systems can you comfortably throw out a price per square foot based on different categories?

It really does wildly depend. If you gave me a specific jurisdiction where I knew the frequencies and I know the building type I could tell you.

For instance in Portland, OR a low-e glass, steel structure, 100,000 sf I would probably budget about a buck a square foot for public safety.