If you work with drone, you’ve no doubt heard talk of FPV Live Video, Frequency, Antenna Gain, ground control station (GCS) And Range. To fly a drone, you don’t need to understand the technology behind it all, as drones have become so easy to fly. However, understanding these five technologies of UAV will be essential if you want to build and design drones or troubleshoot drones operation problems.

To help you understand the technology of FPV Live Video, Frequency, Antenna Gain, ground control station (GCS) And Range these four points, we’ve put together this short article to explain them in details.

As described in Wikipedia, FPV (First-person View) is also known as RPV (Remote Person View) or video piloting. It is a signaling technology used to control an RC Vehicle, from a driver's or pilot's point of view. The sudden popularity of Drones or Unmanned Aerial Vehicles over the past few years has also increased the use of FPV which are most commonly used to pilot these objects.

FPV live video using radio frequency antenna, transmitter and receiver along with high quality cameras allow drones to be used in many positive ways across different sectors. It is a terrific flying experience as you are seeing what the drone camera sees. If you are using top FPV goggles, it feels as if you are in the drone.

The “Drone or UAV” is either driven or piloted by a remote from the First Person perspective that is delivered via wireless technology onto the pilot's monitor on receiver side. More complex versions of drones include a pan and tilt camera that is controlled by a serial data transmitted by the radio transmitter and receiver that enable the pilot control the camera's shooting direction.

Here are some of the latest drone FPV live video transmitter which can transmit the camera’s live video for 5-50km range and displayed on the pilot’s monitor.

Let’s take a look at the basics of Radio Frequencies:

Frequencies On Which Drones Operate

UHF, 2.4 GHz and 5.8 GHz are three of the most common frequencies when you are dealing with FPV Quadcopter drones.

UHF Band: 300Mhz-1000Mhz is always used for long range flight adventures and can offer a range as large as 25Km while some claiming that they have gone as far as 100Km away. UHF band has a long wave length. Transmitter with this band can work with few barriers to some extent. Long wave length make the microwave have a strong diffraction ability to go round obstacles. The drawback associated with this radio frequency is that some channel band is not legitimate in many counties so that you will be not allowed to use it freely without a license. And frequency for radio controller and GPS are also use these band. This way, you need to choose a suitable frequency band to avoid interference with radio controller and GPS on board.

2.4Ghz Band: This is a handy choice of band and is being widely used in the drone world. It offers decent enough range for 50km as some claiming and does not create any troubles even when you are flying with your fellow drones. Because the 2.4Ghz system offers video transmission and telemetry bi-directional serial data communication in one wireless RF channel to save bandwidth and frequency resource, and reduce possible interference with other wireless devices.

5.8 GHz Band: It is another RF used in quadcopter technologies, to avoid the entangling of frequencies in the same band. This frequency is commonly found in short range video transmitting UAV models. Such as 1-2km, 2-3km and 3-5km range. Because 5.8Ghz is HF band with very short wave length so it can not support very long distance transmission.

You often hear “higher gain antenna has longer range”, but don’t be fooled! Antennas doesn’t amplify radio signals, but rather just changes the radiation pattern, which is a trade-off between coverage and range. Antenna gain is a reflection of the maximum range you can get.

The formal definition of antenna gain is antenna efficiency plus directivity, which is the measure of antenna power in decibel (dB) and be equal to 10*log(Pout/Pin). This is very different from antenna transmission power, which is measured in watts and refers to the input power level limit of the antenna. 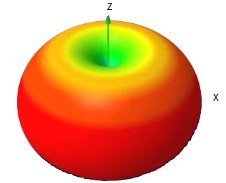 Omni-directional antennas is a class of antenna which radiates radio wave power uniformly in all directions in one plane, with the radiated power decreasing with elevation angle above or below the plane, dropping to zero on the antenna’s axis. This radiation pattern is often described as sphere or doughnut shaped.

Directional antennas focus its signal into one direction in order to achieve further range and therefore have much higher gains. 6 decibels required to give double the live video range on the drone is gained by concentrating the radio frequency in a narrower and more concentrated direction. However if we fly our drone behind this antenna or outside the narrow radio frequency, then we start to lose the live video.

How To Increase Range?

There are normally 2 ways to increase the range of your FPV system: increase video transmitter power, or use higher gain antennas.

As drone hobbyists, we should avoid blindly increasing the power of video transmitter to achieve longer range, simply because it might not be legal, and it will consume more power and generate more heat. Always start with upgrading your antennas when trying to improve range.

A UAV directional antenna tracking system can swivel and track as your drone flies. In this way, your drone can fly in wider area with a longer live video transmission. The high end mobile UAV tracking antenna has a range of 62 miles (100 km).

What is Ground Control Station?

A ground control station(GCS) is typically a software application, running on a ground-based computer, that communicates with your UAV via wireless telemetry. It displays real-time data on the UAVs performance and position and can serve as a “virtual cockpit”, showing many of the same instruments that you would have if you were flying a real plane. A GCS can also be used to control a UAV in flight, uploading new mission commands and setting parameters. It is often also used to monitor the live video streams from a UAV’s cameras.

There are at least ten different ground control stations.

All of them can be used to communicate with ArduPilot (i.e. Copter, Plane, Rover, AntennaTracker). 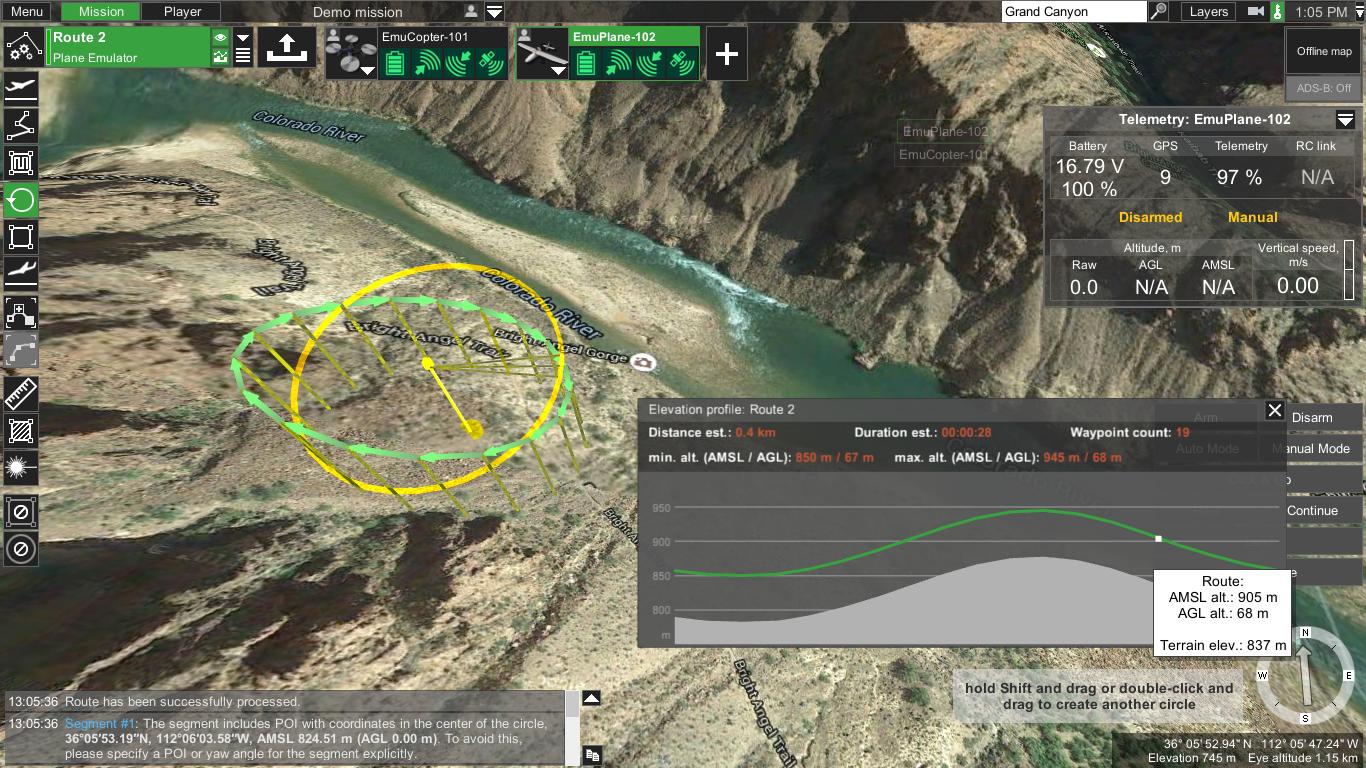 The GCS provides the operator interface on the ground. In ideal conditions, the gcs is constructed to consist of three main parts that are linked together trough an Ethernet switch.

The decision to select a particular GCS often depends on your vehicle and preferred computing platform.