How to measure the latency of wireless video transmitting system?

For wireless microwave video transmission system, latency is a an important parameter. For developers, if the system delay can be reduced by 3ms, the cost may be increase by 10%. Today we will introduce you to a practical latency measure method.

The difference between two timers in the photo is the delay of GO Pro camera, which is recorded as X. As shown in FIG, go pro camera latency is 69ms. Based on many times calculating, the latency is about 65-120ms. 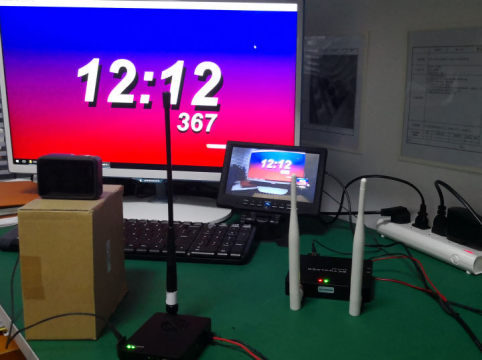 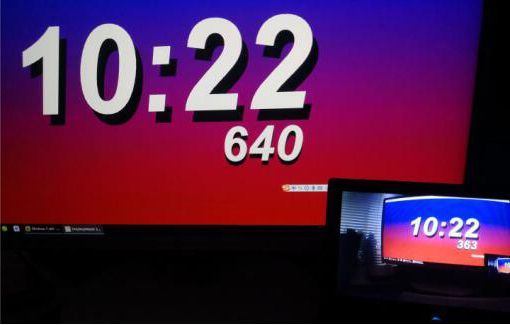 At present, most of wireless high-definition digital image transmission system on the market have undergone encoding, modulation, transmission, demodulation, decoding, etc. Delays of different schemes will also be different.

The factor that has the greatest impact on latency is the video codec. Let’s take P60 (60 frames) image as an example. Time to encode and decode per frame is 16.7 ms. In order to ensure video smoothness, currently the popular encoding scheme is to first receive 1~3 frames for caching and then extract images from the cache and encode them. The decoding also buffers 1~3 frames and then outputs. So the codec time is the main part of the delay.

With the development of technology, some new technologies have emerged. Such as block coding, which can encode images while receiving. This way the cache delay can be saved. In addition, making use of FPGA parallel processing combined with block coding technology for image coding can much greater short the latency.