With the help of next-generation radio technology and applications, autonomous high-speed trains can freely cross national and continental borders and run safely and smoothly. This scene may become a reality in the future.

The World Radiocommunication Conference 2019 (WRC-19) forms a resolution to encourage national administrations to take into account the results of studies by the International Telecommunication Union's Radiocommunication Sector and other relevant Recommendations and Report in order to promote the global harmonization of the current and evolved RSTT spectrum within the existing mobile service allocation, especially the global harmonization of spectrum used for train radio applications.

"The promulgation of this resolution has clear guiding significance for promoting global or regional coordination of the RSTT spectrum, and will strongly support railway radio communication technology standards and industrial development, and promote cross-border rail transport cooperation among relevant member states, especially developing countries, This will reduce the probability of interference, increase the efficiency of frequency use, reduce the cost of cross-border transportation of railways, and promote the formation of economies of scale. Engineer Liu Bin said. 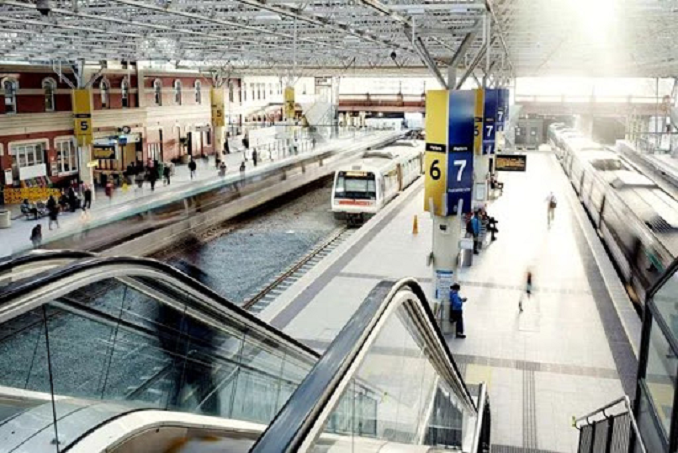 For high-speed trains, the radio communication system used for train operation control and dispatch command is the central nerve for the safe operation of trains. At present, the technical standard for the railway-to-ground radio communication system established by the International Railway Union is GSM-R. This system plays a very important role in the transmission of information between the railway and the ground, such as dispatching and commanding communications, and train operation control. However, compared with the continuous evolution of public mobile communications from 2G, 3G to 4G, 5G, the development of narrow-band GSM-R systems based on second-generation mobile communication technology is relatively lagging, and there are problems such as slow technological upgrades and lack of subsequent technical support. It will be difficult to meet the requirements for future multimedia service applications such as large-bandwidth and high-speed between trains and trains, such as train operation control and dispatch command. Because the ITU Radio Regulations do not determine the appropriate frequency allocation and establish a corresponding regulatory framework for railway radio communications, the radio frequencies allocated by national administrations to railways are different, and the equipment standards are not the same. The possibility of interference is greatly increased, and it is difficult to achieve economies of scale. Currently, international or regional organizations such as the 3rd Generation Partnership Project (3GPP), the International Railway Union (UIC), the European Telecommunications Standards Institute (ETSI), and the European Union Railway Authority (ERA) are developing specifications for technology and new features to advance Development of railway radio communication systems between trains and tracksides.

In recent years, China's high-speed railway has developed rapidly. By the end of 2019, China's railway operating mileage has exceeded 139,000 kilometers, including 35,000 kilometers of high-speed railway. At the same time, under the guidance of the "Belt and Road" initiative, a number of international railway cooperation projects including Turkey's Anyi high-speed railway, Indonesia's Yawan high-speed railway, China-Laos railway, Hungary-Syria railway, etc. have been smoothly promoted; Cities in 108 countries. Based on in-depth research on the current status and future development of railway radio communication applications, China's radio authorities believe that in order to achieve railway interoperability in different regions and countries, in addition to building infrastructure such as rails with uniform standards, the region and even Unifying the frequency of radio-to-rail communication between railways and the ground and its technical standards worldwide, and building a new generation of railway-to-ground radio communication systems in the future, is the only way to effectively reduce the cost of the global industrial chain and ensure the safe operation of railways across borders and regions. For this reason, at the 2015 World Radiocommunication Conference, the Chinese delegation actively promoted the "railway radio communication system between trains and tracksides" as a topic of WRC-19, aiming to seek a global or regional unified railway radio communication system frequency band. Plan the development path of radio communication technology between railway trains and tracksides, promote technical research in the field of railway mobile communications by manufacturing and academia, and promote the development of related industries and the unification of standards.

"Although this issue has received a positive response at the international level, at the WRC-19 conference, the advancement of the issue is like going up and down on roller coasters." According to Liu Bin, due to the different regional conditions and the degree of economic and technological development in different countries, such as Europe has achieved regional coordination of frequency use on the basis of the GSM-R system, the Russian railway industry is relatively lagging behind, and Australia has less demand for interconnectivity. Some countries and regional organizations have significant differences in forming a global-level RSTT coordination frequency band.

In order to advance the issue smoothly, the Chinese delegation held in-depth discussions at the head level with the United States, the United Kingdom, Germany, Russia, and the European Conference of Posts and Telecommunications Administrations (CEPT), the Telecommunication Commission of the Americas (CITEL) and other countries and regional organizations. May seek understanding and support. As the main person in charge of the railway wireless communication spectrum issue of the Chinese delegation WRC-19 conference, Liu Bin led the experts of the issue group to conduct full offline exchanges with representatives from more than 30 countries, like "ant bones" Efforts have been made to win their approval and promote the issue negotiation process. After unremitting efforts, all parties at the meeting finally reached a consensus on the 1.11 issue.

WRC-19 Conference 1.11 is the first railway communication topic in the 150 years since the establishment of the International Telecommunication Union. It is also the first conference topic proposed by China. "This marks the increasingly important role played by Chinese radio management experts on the international spectrum management stage." Liu Bin said.

The conference has not yet finalized the coordination band of RSTT, and related research work needs to continue at the level of the International Telecommunication Union Radiocommunication Sector (ITU-R). China's radio regulatory agencies and relevant units of the railway system will continue to promote relevant research work, and strive to form as early as possible related recommendations on RSTT unified frequency.