What is Wireless Ad-Hoc Network？

Mesh wireless ad hoc network system is a mobile broadband multimedia communication system designed with a brand new "wireless mesh network" concept. It is a wireless communication system that has automatic network organization, automatic healing, multi-hop transmission, high bandwidth, supports high-speed movement, and can transmit IP-based multimedia services. All nodes of the system can realize the real-time interaction of multi-channel voice, data, image and other multimedia information under the non-line-of-sight and fast-moving conditions, using a distributed network architecture without a central self-organizing network. At the same time, the system supports any network topology, each node device can move randomly and quickly, and the system topology can change and update rapidly without affecting the system transmission. The overall system is easy to deploy, flexible to use, simple to operate, and easy to maintain. It is widely used in tactical communications, emergency communications and other industries. 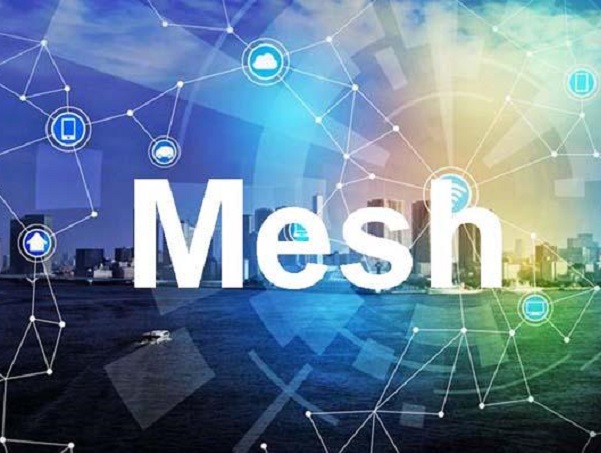 The WANET has the following inherent characteristics.

The Mesh wireless ad hoc network system is a centerless co-frequency system. All nodes have equal status. A single frequency point supports TDD two-way communication. The frequency management is simple and the spectrum utilization rate is high. At any time and any place, without relying on any other fixed communication network facilities, a wireless communication network can be quickly established. All centerless self-organizing devices of the same frequency, including outdoor fixed stations, vehicle-mounted stations and individual portable stations, etc., can automatically form a wireless mesh network only after being powered on, and communicate with each other in real time.

The WANET is unlike the traditional fixed network in which the routing device such as a router is required. When a node tries to send information to other nodes which is out of its communication range, the packet can be forwarded via one or more intermediate nodes.

The wireless Mesh ad hoc network mobile base station is designed with military standards: it is easy to carry, durable, waterproof and dustproof, suitable for various harsh environments, and quickly deployed to meet the communication needs of emergency sites. If the uplink of a certain AP fails on the traditional WLAN network, all clients on the AP will not be able to access the WLAN network. Wireless Mesh has the characteristics of self-organizing network and self-repair. It uses the multi-band co-working mode. When one band is interfered or suppressed, it can automatically switch to another band to avoid interference.

The place where the emergency occurs is very uncertain, and the scene of the event is volatile. Therefore, according to the occurrence of the emergency, it is necessary to set up a temporary portable base station on site according to local conditions. Our equipment is small in size and light in weight, supports transmission in high-speed movement, and can be quickly deployed in various vehicles.

In the face of emergencies, how to timely, accurate, fast, and in-depth grasp of real-time dynamic information on the scene of the incident plays a vital role in whether commanders at all levels can make correct judgments and make operational determinations. Wireless Mesh self-organizing high-performance portable base station, using single frequency networking, with intuitive link status indication, strives to simplify the site configuration and deployment difficulty to the greatest extent, to meet the needs of front-line combatants for rapid network construction and zero under emergency conditions Configuration requirements.

Utilizing Mesh self-organizing network technology, it is easy to implement NLOS configuration, its automatic relay feature can easily achieve over-the-horizon transmission, and the signal can automatically select the best path to continuously jump from one node to another node, and finally reach no direct vision Target node. The key technology to solve the "last mile" problem in various fields.

The nodes of the Mesh wireless ad hoc network system have non-fixed mobile transmission capabilities, and fast movement does not affect high-data bandwidth services. Services such as voice, data, and video will not be affected by rapid changes in system topology and high-speed terminal movement.

The system also has multiple encryption methods such as group encryption, channel encryption, and source encryption. It is dedicated to the private network, which can effectively prevent the invasion of illegal devices and the interception and cracking of the transmitted information, ensuring high security of the network and information.