On 2nd Nov 2019, IFLY team at the invitation of the fire department in Fujian Province, took a series of exercise in a forest to test the 4G-LTE emergency command communication system effectiveness. This file is a brief conclusion of the exercise process.

3.2. Exercise for Network coverage along the firebreak in forest 5

When a fire department gets the alert that a forest fire has been spotted, everyone in the department is required to respond fast and decisively. It is a race against the clock because saving time is saving lives. During those first critical minutes, the first responders need a rapidly deployed yet advanced communication system that connects with all the human resources. And the system need to based on an independent, broadband and stable wireless network that allows real time voice, video and data transmission without dependency on any commercial resources.

At the invitation of Fujian Province Fire department, IFLY organized communication experts, forest protection experts, and a senior forester to conduct a series of drills about rapidly deploy a 4G TD-LTE private network in forests. 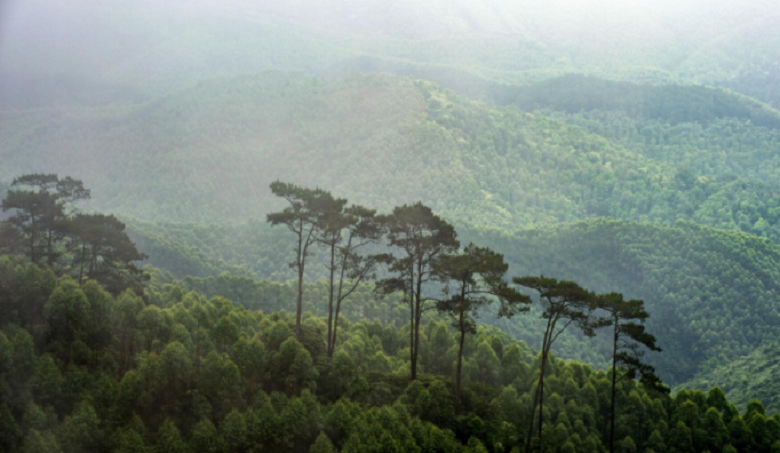 The exercises aim to verify:

② The network coverage along the firebreak

③ The communication system’s performance for emergency events in forest.

Making the soldiers or first responders be connected wirelessly in dense forests and harsh natural environments, will offer several advantages in emergency situations.

In this testing we will make the wireless communication equipment work in extreme conditions to verify its NLOS ability. 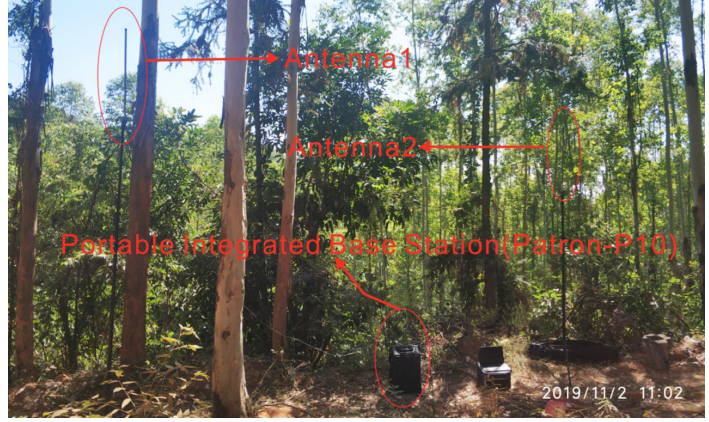 Secondly, test persons took the manpack CPE and trunking handset walking freely in the forest. During the walking, the video and voice communication need to keep going on. 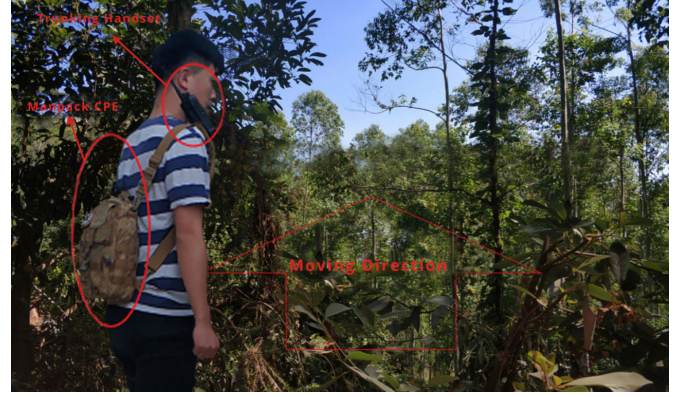 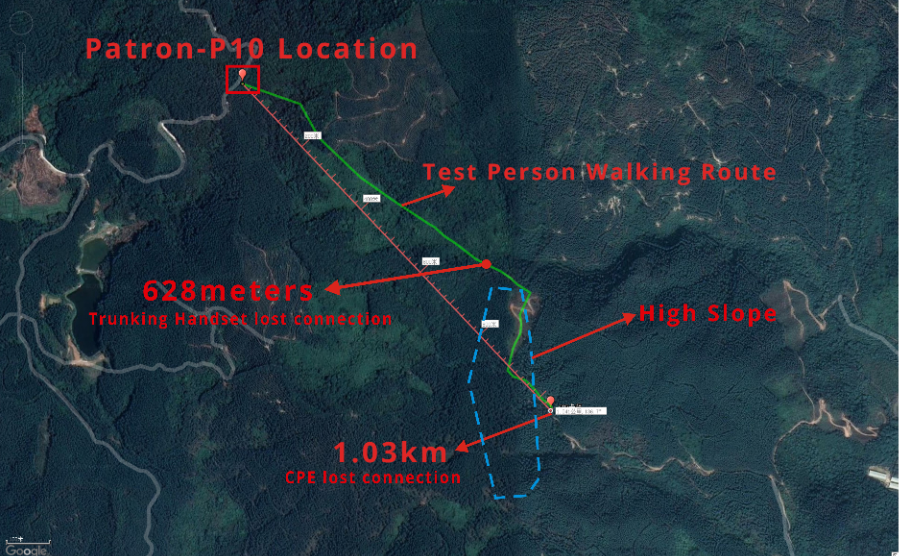 The video transmission and voice communication were kept on during the whole walking until the CPE lost connection with patron-P10. As shown in the above picture(Green color means the video and voice are smooth).

When the tester walked at 628meters away from the patron-p10 location, the handset lost connection with the patron-p10. Then the handset connect with CPE via wifi and the real time voice and video communication recovered normal.

When tester walked across a high slope, the CPE lost connection. At this time the signal strength was -98dBm(When the tester stood at the top of the slope, the data rate was 10Mbps)

3.2. Exercise for Network coverage along the firebreak in forest 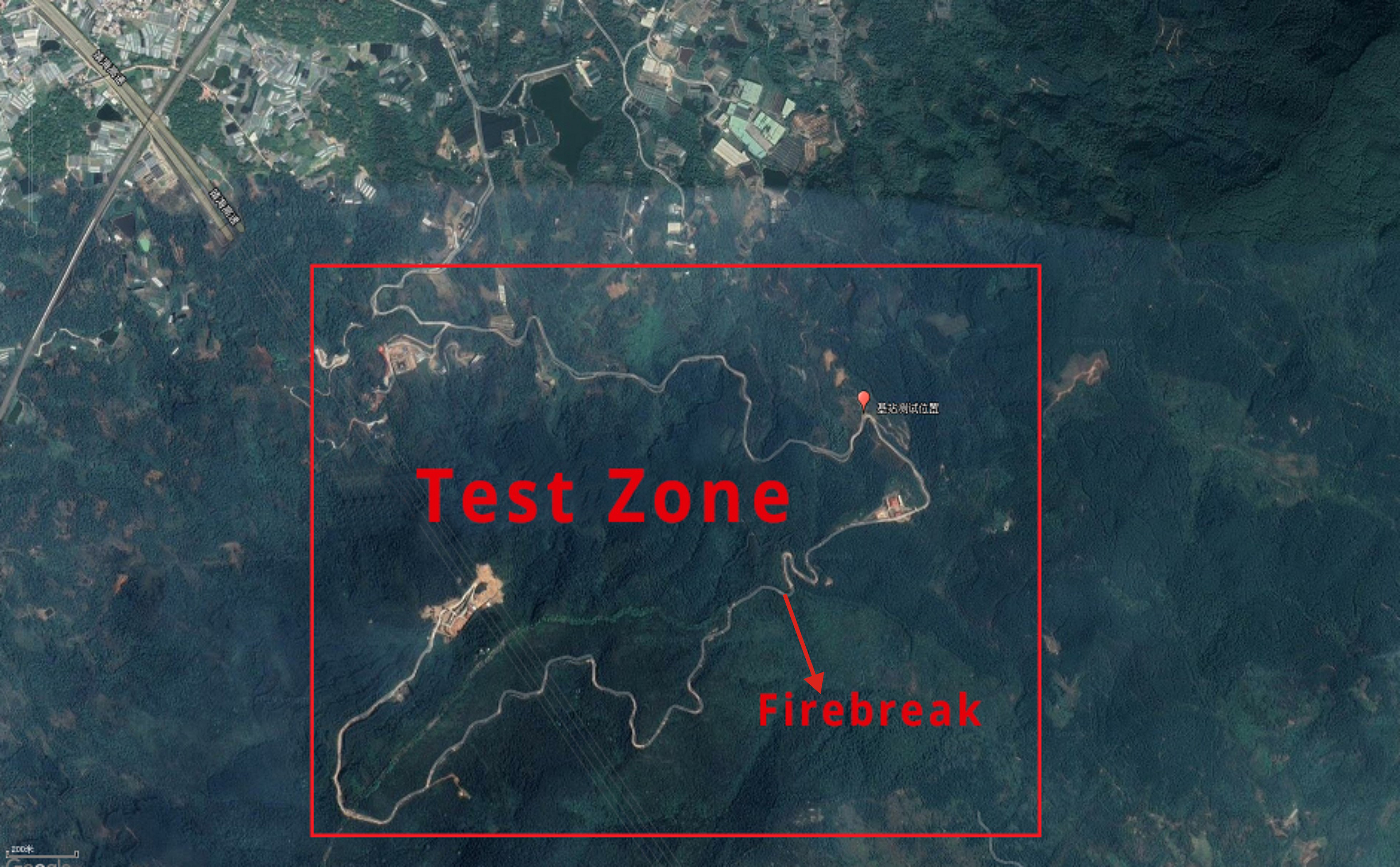 For response to emergency event in forest area, covering the firebreak with a stable and high speed network is a challenging task. In the test zone shown in the picture above, IFLY team will use the Patron-P10 coverage the firebreak with a 4G-LTE private network for stable communication. 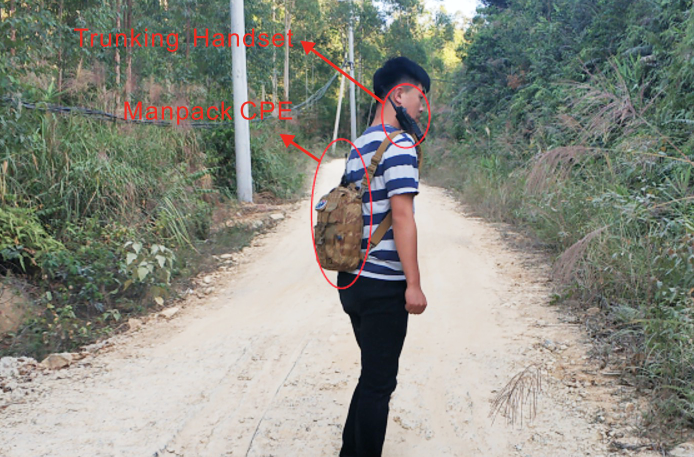 The tester with the handset and CPE kept real time video and voice communication with people at portable integrated base station location(Act as a emergency command and dispatch center).

As shown in the picture below, the green walk route means the video and voice are smooth and clear.

When the tester walked up along the firebreak and walked over a hill, the communication was lost. Because the hill is 200meters higher than the base station location, so the signals was blocked and lost the connection.

When the tester walked down the firebreak, the connection was lost at the end of the firebreak. That place is 90meters lower than the base station deployment place.