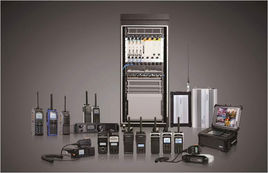 The wide-narrowband and converged digital trunking wireless communication system integrates deeply with the LTE core network on the system side through the switching control center of the PDT system, and uses the PDT radio station as a gateway to perform voice forwarding. In addition to the voice fusion between the two systems, it can also realize the mutual sending of short messages between the two terminals, providing different modes of services such as voice, data, GIS and video, improving the efficiency of police services and building a A flat and integrated command system that combines up and down linkage, horizontal response, and efficient operation.

On the broadband system, the LTE broadband cluster system will be gradually constructed, and the broadband signal coverage of the current hotspots and key areas will be realized, and the police broadband wireless multimedia cluster system of other cities will be interconnected to realize real-time return of live images and other Multimedia command and dispatch function. To ensure the establishment of a modern police service mechanism of "unified command, rapid response, and coordinated operations."

IFLY PDT digital trunking communication system has the characteristics of high spectrum utilization, unified management of channel resources, short call setup time, strong command and dispatch capability, and rich voice and data functions. It has been widely used in public security departments such as public security, military, railway, and aviation. With the development and maturity of digital technology, digital trunking communication systems have been widely used in commercial operations, earthquake relief, emergency command and other fields.