In recent years, rail transit has developed by leaps and bounds in China. In order to meet the needs of users for Internet, voice, SMS, TV and other services on the trains as well as subway monitoring systems, various communication facilities have been established. Good rail signal coverage can not only provide users with a good network quality experience, but also absorb a large amount of traffic, so the wireless coverage of mobile networks in rail transit has become increasingly important.

The track coverage challenge is large

As an important urban transport, users of urban rail transit have a large number of people and have a high burst of traffic. The user needs are mainly data voice services. However, subways are mostly in an enclosed environment, and wireless signals are likely to cause rapid fading in the tunnel scene. The safety shielding doors on both sides of the train body and platform will seriously shield the wireless signals. In a tunnel, traditional antennas need to be installed in the tunnel. In order to avoid Doppler frequency shift, the antenna must be perpendicular to the tunnel coverage, but this limits the coverage distance of each antenna and the signal is not stable enough. Therefore, the traditional macro coverage method seems inappropriate, and it is better to use a leaky cable.

In addition, the subway tunnel is isolated from the outside environment, compared with macro coverage, the interference is small and the signal is relatively pure. In the subway scene, terminals located in trains frequently perform cell reselection and handover due to fast movement. On the one hand, switching and reselection will affect the user experience; on the other hand, it is easy to cause problems such as terminal disconnection. Therefore, the traditional mobile signal coverage method cannot meet the normal communication needs, and private network coverage along the line is required. 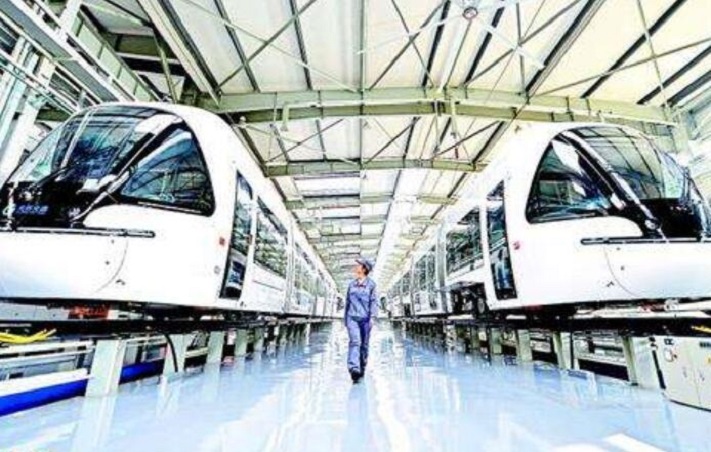 In subway coverage, leaked cables are usually used instead of antennas to send and receive wireless signals. The leaked cables can form a uniform and stable signal coverage in the tunnel, and the signal direction is perpendicular to the train, ensuring the minimum Doppler frequency shift. To ensure the performance of the baseband. The leaked cable passes through a series of openings in the outer conductor of the cable, and generates surface currents on the outer conductor, thereby forming an electromagnetic field in the cross section of the cable opening. These openings are equivalent to a series of antennas that play a transmitting and receiving role. Leaky cables are suitable for environments such as tunnels, subways or long buildings. Their advantages are uniform field strength, high controllability, flexibility, and a large operating frequency, making them ideal for multi-band systems.

Because of the long distance covered by subway traffic, in order to facilitate the networking of equipment, it is recommended to use BBU + RRU for remote radio frequency distribution. This method can effectively reduce feeder loss and improve signal quality. In the case of using multiple RRUs for orbit coverage, the super cell treats multiple cells covering different areas as one cell. Each cell becomes a CP (Cell Portion) of the cell. Multiple CPs logically belong to the same cell and share the same cell resources. There is no mobility issue between different CPs, which reduces the frequency of user switching and improves the user experience in fast-running trains.

For high-speed rail, there are usually three ways to cover the network. One is to modify the existing macro stations along the line; the other is to provide special coverage at new macro stations along the line; the third is to create new digital fiber repeaters for special coverage. The new digital optical fiber repeater coverage method has the characteristics of small investment, fast network construction, and convenient later capacity expansion. It is the best choice for high-speed railway coverage. The specific method is that a base station with a low traffic volume is selected in the middle of the line to access the near-end machine of the digital fiber repeater. The near-end machine converts the radio frequency signal coupled by the RRU into an optical signal, and extends it to the far end through the optical fiber. Machine, using digital fiber repeater's unique remote machine cascading networking function, which can be connected up to 15km on one side, the remote machine restores the optical signal to radio frequency signal and amplifies it. Beam directional antennas complete coverage. This method expands the coverage of a single cell and reduces the number of handovers by adjusting the delay adjustment function and the serial-parallel networking function. At the same time, it has the characteristics of large coverage and balanced coverage through a high-gain antenna and zigzag layout.

IFLY uses BBU + RRU distributed base stations or digital optical repeaters to achieve seamless coverage of tracks and platforms. In terms of RRU, IFLY provides high-power and high-capacity equipment, which can meet the source requirements of various scenarios in track coverage under the high-power output of up to 60W. In wireless signal processing, IFLY effectively reduces the frequency of cell handovers in the coverage of users in the subway through advanced cell merging technology. At the same time, the optical repeater provided by IFLY uses the digital technology to implement the delay adjustment function between devices, which better solves the problem of delay when overlapping coverage in continuous coverage, and effectively solves the Doppler frequency shift. The problem of signal coverage.