When fire disaster happend in this underground railway station, the existing communication radio will be no longer reliable. The fire fighters need to urgently deploy a stable and reliable communication radio for life saving and fire fighting. Futian Station is the hub of Shenzhen railway. Its daily passenger flow is more than 30,000. When so many people gather in a single place, accidents are bound to happen. They need to depend on efficient communications equipment to coordinate their efforts in case of an emergency.

IFLY Mobile Ad Hoc radio is an independent communication system, which doesnt reply on any fixed infrastructure, ip connectivity, electric power facilities, wired links and cellular coverage. After arriving at the fire disaster site, rescue team just need to power on the devices then a wireless communication network can be established automatically on site.

During this exercise, the fire fighter team put 1set 20watts portable MANET Base(Defensor-BP5) at the exit of the railway station. The head officer command and dispatch the whole exercise via the I-SCOUT by clear voice and accurate GPS data of each handset radio.

The second and third base were separately deployed in -2F and -3F near the escalator. 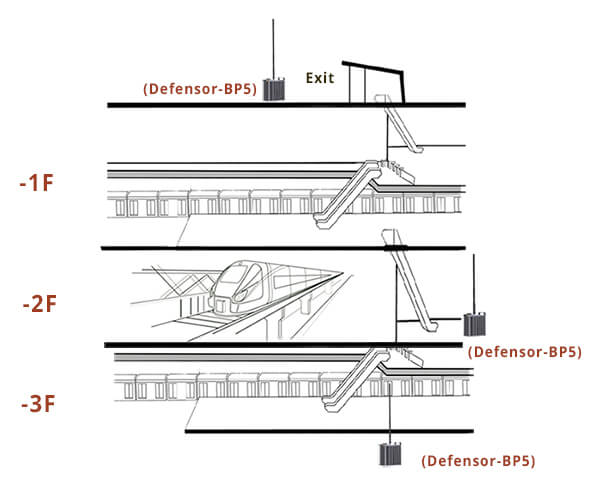 After powering on these devices, all the handset radios and base were automatically connected with each other. The entire deployment process takes 2mins. 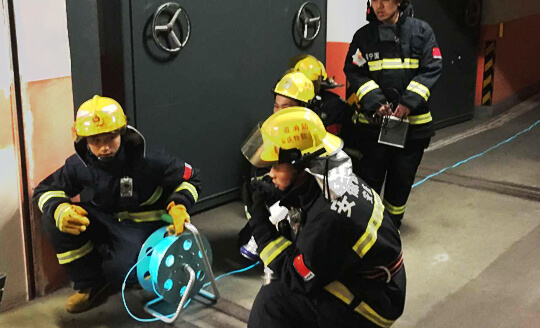 During the whole exercise, all the handset radio communicate with each other with clear voice. So that the head officer could control the whole process timely.

Self-Forming / Self-Healing: In IFLY MANET Ad-hoc network system, any radios can join or leave the network at any time, and the network will continuously adapt its topology as nodes move in relation to one another.

While carrying out firefighting and rescue duties, Emergency first responders carrying IFLY radio could move freely. Once they enter a area where the signal is weak. The manpack base station can immediately push to start and join the network for expanding the coverage.

Adaptive Routing: Each radio supports self-forming self-healing functionality. When each radio moving, this network will determine the optimal route for a stream of data sent between a given pair of radios.

Infrastructureless: After a fire disaster occurs, infrastructures might be heavily destroyed, and public networks and electric power facilities might break down. In MANET syste, any fire fighter’s radio device can communicate with any other radio over the air without any wired links.

“Everything went surprisingly fast and smoothly. Within 2mins, we already have a complete digital communication system in our hands, ready to be used.”

“Our new radios are better voice quality in loud environments than our previous ones, and also easier to handle – where we need it, where we can immediately put a base there, which is very useful at large and complex events.”