In recent years, with the rapid development of social economy, China's urban rail transit construction has entered a stage of rapid development, and its safety and comfort have received widespread attention from the society. On the one hand, passengers are no longer satisfied with a small number of single text and voice information services. Urban rail transit urgently needs to improve the level of information services and attract passengers from the service. On the other hand, the vicious incidents of urban rail transit in foreign countries are frequent, and subway trains need to add sufficient monitoring measures to prevent them before they occur. Urban rail transit needs to understand the situation on the spot and urgently needs high-speed on-board video information transmission. In short, with the continuous improvement of the service level and management level of urban rail transit, the performance of urban rail transit on vehicle-ground wireless communication systems, such as: uplink and downlink transmission bandwidth, high-speed mobile access, field strength controllability, wireless interference, etc. Put forward higher requirements.

There are various standards for 3G. 3G has greatly improved the transmission rate compared with narrow-band wireless communication systems such as TETRA, GSM, and CDMA. The downlink rate can reach 2Mb / s in the static state and hundreds of Kb in the low-speed motion state. / s, the uplink rate can reach tens of Kb / s, but still cannot meet the transmission rate required by the car-ground wireless communication system.

TRainCom-MT car-ground wireless broadband technology is the proprietary technology of German Telefunken company. It is specially developed for urban rail transit systems, and supports high-speed mobile-ground bidirectional transmission rates of up to 16Mb / s. However, as a non-standardized technology, the system's protocol is not open, which will lead to the secondary development, upgrade, and maintenance of the system in all aspects relying on technology holders. At the same time, the products of this technology are only provided by Deli Fenggen, which lacks market selectivity in terms of product supply.

WiMax (Worldwide Interoperability for Microwave Access), also called 802.16 wireless metropolitan area network or 802.16, became one of the new 3G standards in October 2007. Currently, two standards are mainly mentioned: 802.16d fixed broadband wireless Access standards, 802.16e broadband wireless access standards that support mobile features. WiMax adopts advanced technologies such as OFDM / OFDMA, AAS, and MIMO, which represent the development direction of future communication technologies. It can provide the highest transmission rate of 70Mbps and data transmission distances up to 50km. It has a complete QoS mechanism, wide application frequency band, and The data volume can flexibly allocate bandwidth (TDD mode), high spectrum utilization, and rich and diverse services. However, WiMAX, as an international 3G standard, has not been widely used in China. At present, LTE is highly respected by the market. Most domestic and foreign equipment manufacturers are around LTE technology, and WiMax is being increasingly neglected.

LTE (Long Term Evolution, Long Term Evolution) is the evolution of 3G, a transition between 3G and 4G technologies, and a global standard of 3.9G. It improves and enhances the 3G air access technology, using OFDM and MIMO as the only standards for its wireless network evolution. Compared with 3G, LTE has the technical advantages of high data rate, packet transmission, reduced delay, wide-area coverage, and backward compatibility. It is regarded as the mainstream technology that has evolved from 3G to 4G. From the current point of view, mainstream operators almost uniformly support the LTE standard. 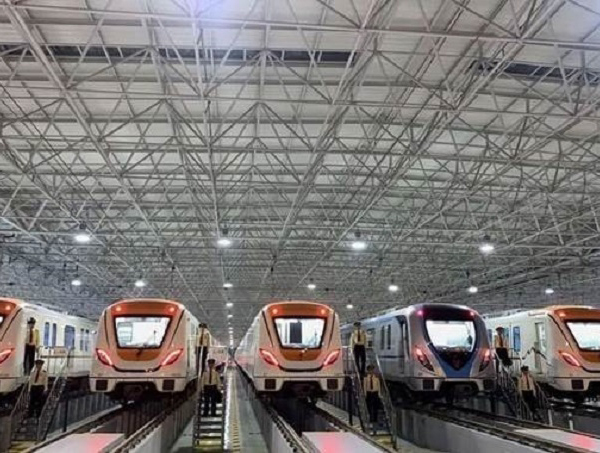 (1) Taking packet domain services as the main goal, the system is based on packet switching in the overall architecture.

(2) In the 20MHz spectrum bandwidth, it can provide peak rates of 100Mbps downlink and 50Mbps uplink. In the 0 to 120 km / h mobile scenario, the average throughput rate reaches 60Mbps, the uplink rate is 16Mbps, and the downlink rate is 44Mbps.

(4) Supports paired or unpaired spectrum, and can flexibly configure multiple system bandwidths between 1.4MHz-20MHz. TDD LTE can adjust the uplink and downlink traffic.

(7) Strict QoS mechanism guarantees the service quality of real-time services (such as VoIP).

(8) The frequency offset compensation mechanism is adopted to effectively overcome the Doppler effect and ensure the quality of wireless links in high-speed mobile scenarios.

(9) The reference frequency offset changes during the handover, which improves the success rate of handover and guarantees stable bandwidth in high-speed handover scenarios.

(11) It is not necessary to arrange additional antennas in the tunnel, and it is possible to share leaky cables for commercial communication. A single RRU in the tunnel covers a 1.2KM leaky cable, which can provide stable coverage.

Based on the above analysis and combining the characteristics of various wireless transmission technologies and the business needs of urban rail transit, LTE is recommended as the wireless transmission technology of urban rail transit vehicles. LTE uses a dedicated frequency band and has strong anti-interference ability. It can share leaky cables of commercial communication systems, construction is less difficult, and it can carry more services in the future, such as voice trunking. Although the initial investment of the LTE system is large, the core network equipment can be shared by multiple lines. With the continuous construction of urban rail transit lines, the overall construction investment of the system will be basically the same as the use of other wireless transmission technologies.