DAS (Distributed Antenna System) is a network consisting of multiple antennas distributed in a building dedicated to providing wireless indoor coverage. DAS can solve the problem of high-end users' dense urban coverage, reduce the number and configuration of outdoor base stations, and reduce the overall interference level of outdoor networks, thereby improving the capacity of the entire system and better meeting the quality requirements of users. A typical DAS typically uses optical signal distribution techniques to convert a radio frequency signal from a local interface unit into an optical signal. These optical signals are then distributed over fiber optic cables to a plurality of remote units, which in turn convert them back to RF signals for seamless indoor coverage through the antenna distribution network.

In many cases, especially in buildings, tunnels, large public spaces, stadiums, etc., signals from cellular towers do not provide sufficient coverage, or user density exceeds the range that would normally be adequate. In these cases, the coverage of the above areas can be expanded by installing a distributed antenna system (DAS), or by base transceiver station (BTS), NodeB, eNodeB or Small Cell pairing, to provide better services for a large number of users. Due to the variety of DAS installation methods, DAS equipment or DAS technology can be of various types, and in general, multiple DAS technologies are needed to improve the wireless performance of cellular and even WiFi services in the area.

The simplest form of DAS is the offline passive DAS installation in which the wireless system is coupled to the cellular base station by the donor antenna and the signal is redirected to the target transmission antenna using the coaxial transmission line. A duplexer is used in these wires to implement the downlink and uplink. This approach is usually the fastest and least expensive way, and it can be used for multi-carrier or even WiFi applications depending on the duplexer and antenna used. In this case, DAS performance is associated with donor signal and RF design quality, and capacity cannot be increased.

In addition to the above techniques, there are also active DAS technologies. In this technique, after the radio frequency signal is converted to a digital signal, it is transmitted to a remote radio unit (RRU), but the digital signal is then converted back to the radio frequency signal by the RRU for use by the user equipment. This approach reduces the amount of RF amplification and RF transmission lines required for signal distribution in passive DAS technology. In addition, routing flexibility can be reduced because it enables the transmission of digitized RF signals using industry standard Ethernet or fiber optic cables that significantly increase the available cable length and reduce system expansion costs and complexity.

Active and passive DAS systems can also be combined to selectively use passive or active routing in certain distribution areas. Such hybrid systems are typically used in situations where pure active DAS installations are not available due to cost considerations and routing constraints. The latest development in the field of DAS is digital DAS technology, which uses a baseband unit (BBU) to digitally communicate digitally with DAS master units and RRUs without the need for a radio frequency interface. Although digital DAS technology may theoretically be even less costly and more complex and more scalable than active DAS, competition between standards may make its actual deployment more limited. 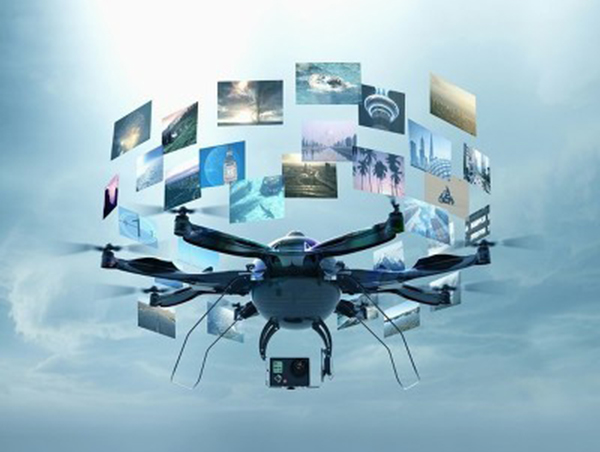 The DAS device can be driven by the donor cell site (so-called offline DAS) via the BTS/NodeB/eNodeB or Small Cell. The difference between the BTS/NodeB/eNodeB class DAS and the Small Cell class DAS is that the Small Cell class DAS typically relays cellular signals using a backhaul Internet infrastructure. The BTS/NodeB/eNodeB class DAS works in much the same way as a traditional cellular base station - it uses distributed RF signal routing and antennas rather than a broadcast distribution based on a tower or roof. In addition, due to limitations in connectivity and capacity, Small Cell-like DASs generally do not achieve the same high capacity as BTS-like DAS, and signal feeds are typically implemented with carrier-installed dedicated fiber optic connections to the carrier's network.