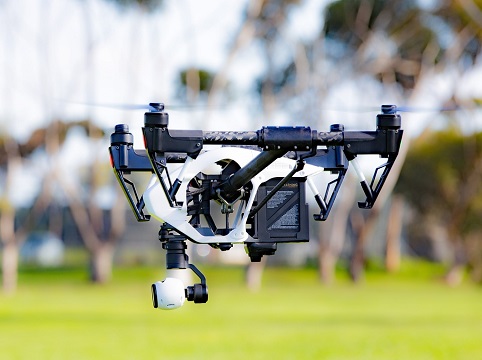 1. What Problems Drone Video Transmitter May Have?

2. How to Do Troubleshooting of Drone Video Transmitter?

3. How to Eliminate Faults of Drone Video Transmitter?

What Problems Drone Video Transmitter May Have?

When the drone's control power is turned on, the drone video transmitter transmits no data from the drone.

The Jell-O effect occurs when the image moves too much or the fuselage vibrates too much, leaving the UAV communication solutions 's sensors unable to capture the image in real time.

Many drone enthusiasts feel that the image of a UAV communication solutions is not very clear after the lens has been used for a while, with a blurred lens that appears to be covered by something.

How to Do Troubleshooting of Drone Video Transmitter?

We can use a fault prediction method for drone airborne transmitters, which features the following steps:

The failure prediction methods with known models include strong tracking SCKF with multiple fading factors, sequential limit learning machine method and chi-square test. The fault prediction methods adopted under the condition that the degraded whole-process fault data are known include: the sensitivity pruned ELM method and the multi-classification probability ELM method. The fault prediction methods of drone video transmitter adopted under the condition that the fault data part is known include: sequential resample-bootstrap and afoos-elm method.

How to Eliminate Faults of Drone Video Transmitter?

Mentioned above drone video transmission system troubleshooting method is quite difficult to understand, right? Perhaps you can try some general methods, which are usually used to solve everyday problems, and further repairs are best left to the manufacturer.

Check whether wireless video transmitter solutions connections between joint is loose or not, whether to click the link button, a serial port station is set up correctly, a serial port baud rate is set correctly, ground station and unmanned aerial vehicle digital channels if set consistent, GPS data is on the plane to the flight control, and as long as there is a link problems cannot transfer, reconnect after check and correct. If after checked the connection, restart the station computer and aircraft power supply system, generally can restore wireless video transmitter solutions transport.

When it comes to dealing with Jelly effect, one is manual slow down shutter speed, let the drone video transmitters sensors have plenty of time to capture the current screen; The other only enhances the drone's anti-vibration capabilities.

The cognitive level of personnel, as well as the level of practical experience of drone video transmission system in troubleshooting, plays a very important role in the completion of the above series of troubleshooting processes.

Therefore, the troubleshooting of drone video transmission system is often more difficult and complex than the operation of the device, requiring constant learning, practice and accumulation of maintenance personnel.