For the emergency rescue command, the highest goal of communication is to ensure the unimpeded visual command of the scene even if all public networks and satellites fail. To this end, we have divided two regional concepts: first, the disaster area is a radius (such as 50 kilometers) as the core area; second, the disaster center is a radius (such as 100 kilometers) as a warning area. Once the rescue team arrives at the peripheral alert assembly point, communications will be uniformly controlled by the communications system determined by the core area command.

In order to solve the base station problem of emergency communication, there are usually two methods. First, through macro station coverage, and second, through mobile vehicle base stations. However, for the first-line rescue team, it is obviously inconvenient to use large macro stations, and due to financial and manpower difficulties, there are also many bottlenecks in vehicle-mounted mobile base stations. For rescue teams that go deep into the front line, it is more suitable to use a portable emergency communication base station. In response to the pain points of emergency communications, IFLY has launched a 4G LTE Portable Emergency Command System for first-line rescue teams. The system is equipped with a unit for individual soldiers, integrating RRU, BBU, core network, and dispatcher. 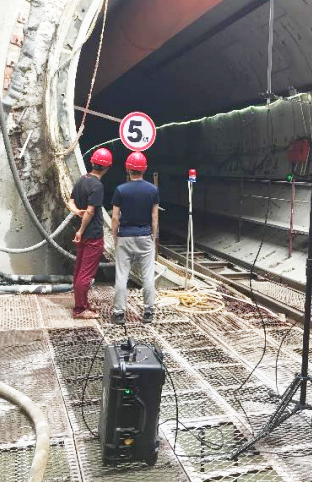 IFLY knapsack integrated communication command system is used in rescue operations. Through five methods of high point station, drone, water floating platform, vehicle base station, and single soldier carrying, it can well solve the problems of cities, mountains, sea waters, and the wild. There are no network, no road, no power, and no networking issues. In the future, IFLY will continue to perform performance and application innovations around customer needs to make the application of the entire system wider.