Drones are Fighting Forest Fires in Some Very Surprising Ways 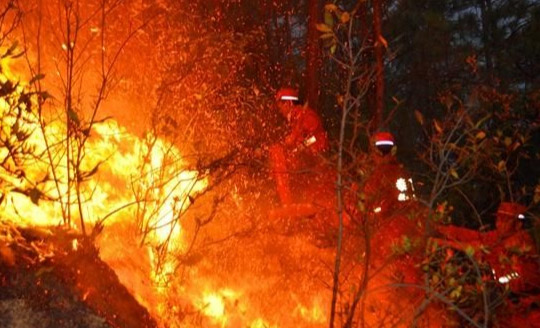 How to effectively use high-tech means to solve forest resources surveys, forest fire prevention and other issues has become the top priority of forestry work. At present, more new technologies and new equipment have been applied in forest fire prevention in foreign countries. With the increasing demand in this area in China, the investment in forest protection has gradually increased. The satellite has been used for resource census and forest fire monitoring. However, using drone systems to monitor forest fires is still in its infancy.

1.Drones can be regarded as people's eyes in the sky

If tools are regarded as extensions of the human body, then drones are well suited as a person's eyes in the sky. Forest inspection requires a large number of flight hours. Compared with manned air-crafts, unmanned aerial vehicles have many huge advantages:

The development of sensing, video transmission and AI technology has made automatic warning possible

2.Drones can be regarded as fireman's legs walking in the mountains

The drone can also be used as an extension of the human leg to carry small equipment. Forest fires mostly occur in mountainous areas where vehicles are unreachable. At this time, if there are aircraft to carry a variety of small equipment and logistics, the fire brigade’s work efficiency can be much improved.

Unmanned helicopters with a payload of several hundred kilograms can achieve a balanced result in terms of performance and cost. Of course, if there is a large helicopter, it would be better. But considering the cost, the drone can assist in transporting small equipment to allow large manned helicopters to do a large amount of work.

The specific use of drones in forest fire prevention

Drones patrol efficiency is much higher than that of traditional manual patrols. It can complete the patrol work that originally required many people do simultaneously in a short time. And that its running cost is extremely much lower.

Forest fires are monitored by infrared and visible light cameras on board. Then video and data will be transmitted to the ground control station in real time digital video wireless transmission link and the digitally controlled telemetry circuit. Fire spots and hotspots will be displayed on the digital map of the ground station. Then identification system will determines if it is a fire point. If yes, the system will accurately locate the fire point and provides the ground fire department with the geographical coordinates (longitude, latitude) of the fire site for the first time.

When the drone flies above the fire, it transmits the contour, area and spread speed of the fire to the ground command center in real time. With those reliable information the command center can organize and deploy firefighters quickly and effectively which greatly improves the efficiency of fire fighting operations and prevents casualties of firefighters.

The effective communication of various information not only enables the fire brigade to quickly deploy personnel to carry out fire fighting work in key areas, but also promptly informs firefighters to evacuate dangerous areas and provides firefighters with the best evacuation route based on the fire image data. 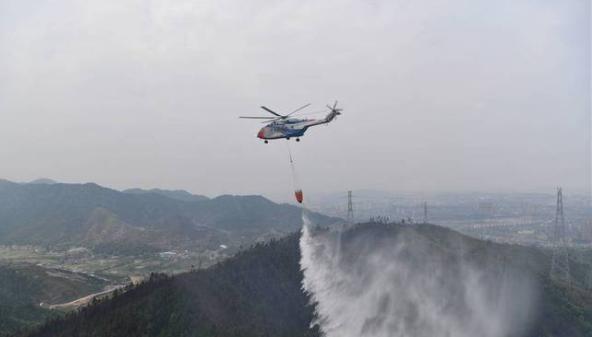 The UAV system can be used for artificial rain enhancement. It is well know for its  easy to use, high flexibility and safe. Therefore, it is suitable for artificial precipitation in forest fire prevention. One drone can carry 10 pcs Artificial Rainfall Flame Strip mounted between the belly and the landing gear. During flying, ground station can remotely control the igniting and display the flame state by telemetry information. A plurality of flames can be ignited simultaneously based on different situations. According to the relationship between the amount of silver iodide and the working area, the silver iodide content of 10 pcs flame strips can meet the requirements of 100 square kilometers forest.

② Real-time image transmission system and ground control system: It can effectively confirm the orientation of key things such as people and dangerous goods.

③ High-resolution digital camera: When the distance is 100 meters, the geophysical precision is ≤10mm, which can effectively find the details of things. Systematic photographing of the area forms a positive-area remote sensing image map with strong phase, which makes task decision-making, disaster management and post-disaster reporting more intuitive and effective.

④ Material delivery equipment: through the integration of probes, reels, warehouses, ladders, etc. to carry out horizontal transportation of materials, line traction, leaflet delivery, material delivery and so on.