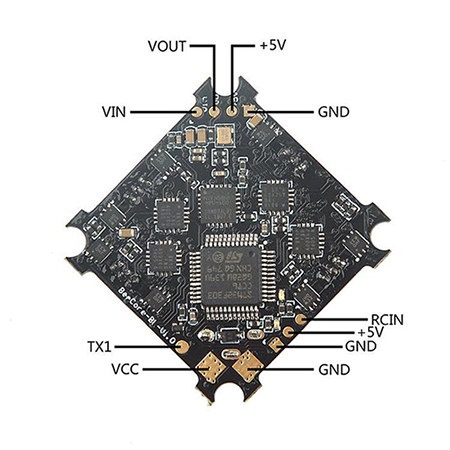 F7, F3 and F4 are the different STM32 processors in drone flight controllers(FC). The STM32 processors are the head of FC, pretty much like the CPU in a computer where all the calculation takes place. There are currently 10 series in the STM32 family, from faster to slower processing speed: H7, F7, F4, F3, F2, F1, F0, L4, L1, L0. Today we will mainly explain advantages and disadvantages of F3 and F4 to help you decide which FC to choose.

What are F7, F3 and F4 in Flight Controllers?

Flight controller is a type of brain of our drone. The controller converts what we input into readable formats for the ESCs (and other connected components), calculates the flight situation, among other things, or even gives us the voltage available on some models to avoid crashes due to too little "current." Because the flight controller need to calculates a variety of things, so we need a processor which performs all calculations. The Micro controllers built into the F models are STM 32 processors. STM 32-Here come the designations F3/4/7 etc.

F3 FC boards were produced in 2014 and we can find can be found many popular FC at the time. 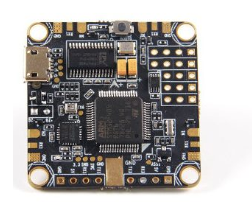 After F3 flight controller, F4 FC was soon introduced and it quickly obtain the market due to its powerful processing advantage. You can find many popular F4 FC. 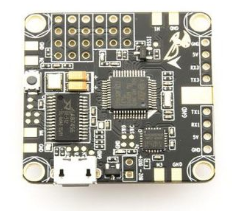 F7 is a newest generation MCU of the three. F7 is grabbing market share slowly and there more and more choices of F7 FC. 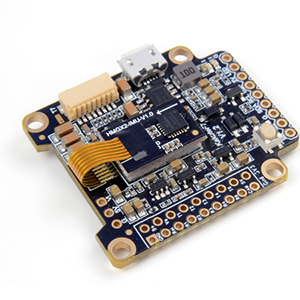 Detailed breakdowns of F3 and F4 flight controllers are dime a dozen. Here's the real talk: there really isn't much of a difference. However, both flight controller types have their own advantages. when choosing between F3 and F4, the followings are some relevant considerations:

Processing Speed: F4(168MHz) processor's processing speed is more than double that of F3 (72MHz). Higher speed makes the F4 not F3 can run 32KHz Looptime. Both F4 and F3 can handle 8K or less looptime very well. but the F4 leaves you with lower percentage of CPU load to run other features. Especially now with the latest “Dynamic Filter” feature which is quite processing intensive, F4 definitely has an advantage in that regard going forward.

UART-Ports: UARTs are ports on the flight controller that enable you to connect other peripherals to the flight controller. F3 boards have 3 UART Ports, but some F4 FC can offer as many as 5 UART ports to allow you to take full advantage of their extra processing power. Such as serial controller FPV cameras, these extra serial ports give the F4 a definite advantage going forward.

Built-in Inversion Capability: F4 FC do not have the built-in inversion capability that we see on the F3 processors. If you want to run SBUS or Smart Port, you might be required to do the inversion hack (getting uninverted signal); F3 processors have built-in inverters on all UARTs because they are newer generation MCU.

OSD: Due to the more powerful processor on the F4 FC , it’s possible to drive the OSD feature by the main processor instead of using a dedicated OSD chip, such as the BrainFPV RE1.

F7 has superscalar pipeline and DSP capabilities – basically that means the F7 is a better platform for future development that allows the developers to further optimize the flight controller algorithms.

The faster speed F7 processor allows faster looptime in theory without overclocking like we do with F4 running 32KHz. But that’s not entirely true as looptime is also limited by the type of gyro (IMU) and their sampling rate. For example with MPU6000, the sampling can only reach 8KHz max, if you want to do 32KHz, you would have to use faster MPU such as the ICM-20602.

F7 has more UART’s with built-in signal inverter. Look at all that peripherals that we can use nowadays, SBUS, OSD, VTX Smart Audio, Smartport Telemetry, Blackbox… There are already a lot of applications and there can only be more in the future.

My reasons are as follows:

F7 can run 32Khz looptime. But F4 can only run 16khz with other processing intensive features

F7 can supply you more UART ports than F4(5UART Ports)

If you are a Fr Sky user, F7 supports you plug the Fr Sky receiver telemetry into any UART

I hope I was able to bring a bit of clarity to the F3/4 and F7 versions. If there are any substantive errors, please comment on them. My articles are created to the best of my knowledge, but I can't completely rule out errors!