Why Do You Need A NLOS Robot Video Transmitter? 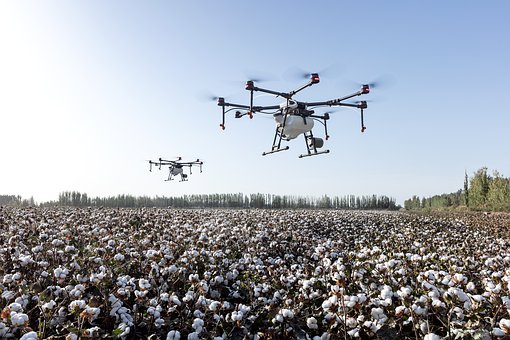 Traditional stocktaking is often time and effort consuming. Most inventory management is manually scanned by employees, time-consuming and error-prone, and extremely difficult to keep track of all the goods in the warehouse. Many warehouses cause huge economic losses each year due to misplaced goods and incorrect records.

Using remote wireless video transmitter, accurate three-dimensional maps can be generated to analyze soil relevant measurements, which are of great significance for sowing under precise sowing mode. Even after planting, the above information on nitrogen and other a lot of affairs administration is rather useful.

One of the biggest obstacles to agricultural production is the inability to effectively monitor crops in large areas. Unpredictable weather patterns exacerbate this barrier and increase risk and maintenance costs. Drones with remote wireless video transmitters can be used to create time series animations to show the precise growth of crops and better manage crops.

While crops are scanned, the pictures are seized and transmitted by long-range wireless video transmitter in visible and near-infrared light, a light-processing device on the drone can recognize the amount of green and NIF light reflected by plants. This data is then used to develop multispectral images of plant health. The images of long-range wireless video transmitter can be used to track the health of crops and suggest remedial measures if any diseases are detected.

Security uavs are functionally positioned between military and commercial drones. The characteristics of wireless video transmitter make it have the advantages in the security work below:

1. Drones respond quickly, bringing them quickly to the scene, transmitting the whole thing from the commanding heights of the NLOS Robot video transmitter.

2. NLOS Robot video transmitter can record the progress of the situation with an optimal Angle, providing the most powerful evidence for post-processing.

3. In some violent conflicts or confrontations, drones with wireless video transmitter are directly used to enter chaotic areas for monitoring, avoiding casualties and understanding the actual situation of the criminals without risk.

4. In some large-scale event security, wireless video transmitter can monitor the situation in the surrounding area from high altitude, providing real-time and effective on-site information for the command personnel.

As a new type of security equipment, wireless video transmitter has the advantages of simple take-off and landing, flexible use, low risk, low cost, which gradually becomes a new type of security weapon, playing an important role in dealing with emergencies, large-scale event security, investigation and search, traffic dredging, firefighting and rescue.