With the popularization of drone video transmitter technology, UAVs are not only accessible to professional players as before. Now, everyone has access to UAV. At present, many novice users are using UAV video transmitter. For those who have never had knowledge of UAV before, the following precautions must be kept in mind when using drone. 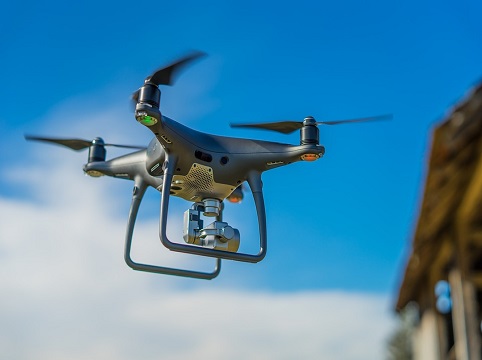 1. What Is Usage of Drone Video Transmitter?

2. How to Use Drone Video Transmitter?

3. What Should You Take Care of Before Using Drone Video Transmitter?

What Is Usage of Drone Video Transmitter?

An entertainment long-range wireless video transmitter will be the best mentor in this field. As can be seen from the popular promotional film of American unmanned aerial vehicle Lily, COFDM UAV video and data links follows the scene of athletes skiing and drifting. In the future, when you are running, climbing, sailing, swimming, cycling and other sports, it is believed that your sports will be safer, more efficient and more interesting if you have such a loyal partner to follow and guide you.

An entertainment COFDM UAV video and data links can bring you wherever you want to go. With a drone video transmitter, you'll be able to walk through dangerous valleys, climb steep mountains, traverse dense jungle, and even climb high walls. Equip a virtual reality headset if you have a drone video transmission system, you will be with freedom to switch between virtual and physical areas.

Our company has been praised by the masses for its rigorous spirit and focused attitude, as well as the stability and reliability of drone video transmitter. With the aerial photography uploaded by drone video transmitter, it has definitely changed people's aesthetic perception and brought strong visual and spiritual shock.

How to Use Drone Video Transmitter?

In addition to the film and television industry, some drone enthusiasts will also purchase some sport and entertainment drone to experience the feeling of operating a drone video transmitter. Besides, nowadays, many aerial photography drones are not only waterproof and fall-proof, but also have simple control, which can be followed by intelligent COFDM UAV video and data links.

Master the drone video photography angle, different scenes need different angles, among which the most commonly used is probably the vertical angle, suitable for single people, multi-person, building. When you have a certain understanding of drone control, you can conduct dynamic video shooting. A 90° spiral is a good start. As long as you use COFDM UAV video and data links properly and keep the picture simple, you can certainly shoot good works.

Drones have a wide perspective, picture taken may be many unrelated objects, so don't use UAV video transmitters to transmits object should not be photographed, so as not to damage the theme. Generally speaking, the two backgrounds are relatively simple. One is very neat and single, such as some lawns, which can highlight the main body of the character more directly. The other is geometrically symmetrical or funny patterns, where the character is the point.

What Should You Take Care of Before Using Drone Video Transmitter?

1. Be sure to keep the drone within your sight. Fly away from high-voltage power lines, prone to collisions.

3. Flying in the rain is strictly forbidden! If water and water vapor from the antenna, the rocker slip into drone video transmission system may cause out of control.