Wireless communication is among technology’s biggest contributions to mankind and It is one of the most important mediums of transmitting information from one device to other devices. Wireless communication involves the transmission of video, data and image over a distance without help of wires, cables or any other forms of electrical conductors by using electromagnetic waves like IR, RF, satellite, etc. The transmitted distance can be anywhere between a few meters (for example, a drone’s remote control) and thousands of kilometers (for example, LTE communication). 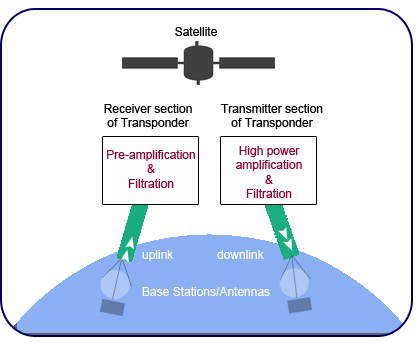 Satellite Communication System is an important type of Wireless Communication. It provides worldwide coverage independent to to allow users to stay connected almost anywhere on the earth.

A communication satellite is an artificial satellite used specifically as a communication transmitter/receiver in orbit. It behaves like a radio relay station above the earth to receive, amplify, and redirect analog and digital signals carried on a specific radio frequency.

IR is electromagnetic energy at a wavelength that is longer than that of red light. Infrared Communication is another commonly used wireless communication in our daily lives for short and medium-range communications and security control, such as remote controls of Televisions, cars, audio equipment etc. In the electromagnetic spectrum, IR radiation lies between microwaves and visible light. So, it can be used as a source of communication. 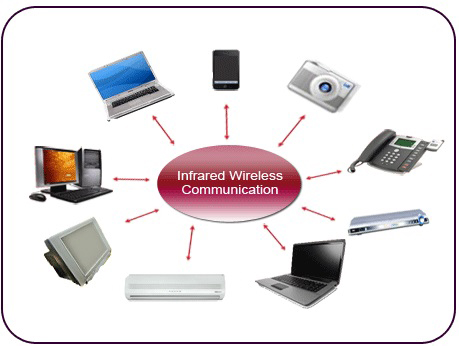 Infrared devices need to maintain a constant line of sight between the devices and are more reliable over short distances. The most common use of infrared technology is allowing handheld computers to exchange data with each other and with laptop computers. Most handheld devices and laptops have a built-in infrared port.

Radio communication was one of the first wireless technology developed and it is still in use. The portable multi-channel radios allow the user to communicate over short distances whereas citizen band and maritime radios provide communication services over long distances for truckers and sailors. Ham radio enthusiasts share information and serve as emergency communication aids during disasters with their powerful amateur broadcasting equipment and can even communicate digital data over the radio spectrum. 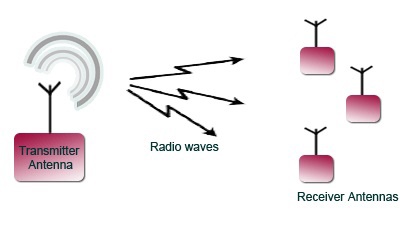 Let us take an example of a radio station. When the Radio Jockey says “You are listening to 93.7 FM”, which means that signals are being broadcasted at a frequency of 97.3 megahertz. When you tune the radio to 93.7 frequency and you will receive the audio. 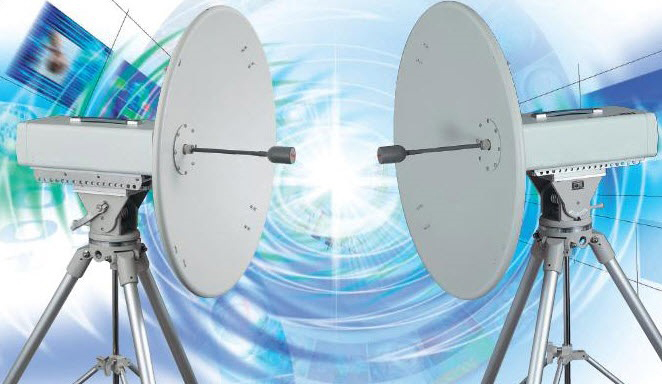 satellite method that transmits information via a satellite that orbits 22,300 miles above the ground. Stations on the Earth transceive signals to and from the satellite with a 11Ghz to 14Ghz frequency ranging and the transmission speed range is 1 Mbps to 10 Mbps.

The terrestrial method that data is transmitted between microwave towers in line of sight distance. The distance between two towers need to be ensured no obstacles to block the signals transmission. So for privacy purpose, such method is very suitable. The frequency for terrestrial system is always 4Ghz-23Ghz. And the rate is ususally 1Mbps to 10Mbps.

However there is a main disadvantage of microwave signals is that they can be easily affected by bad weather, especially rain.

Thus, these four networks above are the important technologies in the telecommunications market. WiFi, WiMax, Bluetooth, Femtocell, 3G, 4G and 5G are some of the most important standards of Wireless technology. In the future there will be more and more advanced technologies to change our lives.